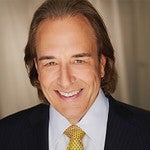 Attorney John Ciccarelli has devoted the last three decades fighting to make our communities safer by holding those who choose to break our safety rules fully accountable for the injuries and damages they cause to others. John's journey to become a lawyer was not as straightforward as, perhaps, it was for others. As a grandchild of immigrants John saw firsthand how, even in a country as great as America, the disparity between those who have very little and those who have immense resources can result in unfairness and injustice. Fighting for what is right and helping those who may not be in a position to help themselves was deeply ingrained in John from an early age -  even when doing so comes at great personal risk or cost. John's grandfather, who lost an eye as a result of a battle with the Ku Klux Klan, was a personal example.

Even after this, John's grandfather encouraged his children to pursue professions that contribute to our community. John's father and two of his uncles decided to help people and the community as medical doctors. John's childhood was a mosaic of events that culminated in an intense disdain for what he saw as the cowardly act of picking on others or bullying. This continues to be a driving force for John. After all, who is a bigger bully than those who harm the defenseless such as the elderly or the infirmed and injured who are not in a position or condition to protect themselves?

COLLEGE, THE ARMY AND LAW SCHOOL

John started college at the age of 16 with the intent to become a doctor. John majored in biology and chemistry and was accepted into an accelerated medical school program. John found that even though this path accessed his compassionate side and allowed him to help individuals, he found it stifled other talents such as his drive to fight for others and to benefit society on a larger scale. So, in honor of the values that were ingrained in him as a child, he entered the United States Army where he proudly served our country. Thereafter, John made these values a lifelong pursuit when he chose to go to law school and become a trial lawyer. As a trial lawyer John strives for these ideals daily as he advocates for the working class men and women who, as a result of being injured, are faced with physical and financial hardships because the people who hurt them – often those with money, power, status, or a large insurance company behind them – refuse to do the right thing.

WORK ETHIC & INSIDE KNOWLEDGE OF INSURANCE COMPANIES AS A CLAIMS ADJUSTER

By the time John decided to go to law school, he had already been blessed with a family. John attended Whittier College School of Law while simultaneously working full-time as a claims adjuster for big insurance companies in order to support his family and pay his way through law school – but also as a way to learn how insurance companies operate. In his role as a claims adjuster, John gained valuable insight into the internal workings of insurance companies, including many of the tactics and tricks these companies use to “short-change” injured people from the full amount of compensation that they are legally entitled to receive. John uses the knowledge he gained, not only to make certain that his clients receive the full amount to which they are entitled but, also, to make certain that the person who broke the safety rule and harmed another person is held accountable for his or her actions. This accountability not only serves to compensate the injured person but, importantly, it serves to deter others from breaking the safety rules and injuring other people. This, in turn, protects all of us by making our community a safer place in which to live.

After graduating as the Valedictorian of his law school class, John initially joined a large “downtown” Los Angeles law firm but he was quickly disenchanted. John discovered that taking millions of dollars from one giant corporation only to give it to another mega-corporation lacked the meaning and fulfillment he found in helping individuals where his work truly made a difference in someone's life while also making our communities safer places for all of us.

As a new lawyer, John gained valuable trial training and experience by being accepted into, and successfully completing, the Trial Advocacy Project of the Los Angeles County Bar (not everyone who applies is accepted and not everyone who is accepted graduates). Upon the conclusion of this rigorous training, John was allowed to try criminal cases for the Los Angeles City Attorney's Office. John gained advanced trial advocacy skills, not only in the real world of the courtroom over the next 30 years but through the stellar, cutting-edge, trial advocacy education of the Keenan Ball Trial College and the Keenan Trial Institute. These advanced programs are not only the premier trial advocacy colleges available, but these programs are dedicated exclusively to advancing trial techniques for those attorneys who are committed solely to helping injured people in our communities. John is honored to be a graduate and member of the Keenan Ball Trial College.

OVER 30 YEARS OF EXPERIENCE

John has combined his educational achievements, his experience as a trial lawyer, his experience as a claims adjuster, his background in medicine and, where frequently needed, his tenacious aggressiveness, to collect millions of dollars for his clients by way of trial, arbitration, mediation and settlements all while supporting his clients with the compassion and empathy that they need in their time of trouble.

John has been married for 35 years to his wife, Dr. Janice Ciccarelli, and together, they are the proud parents of three grown children. John fought full contact karate for many years and earned black belts in two separate styles. He is at the gym as frequently as possible and continues with martial arts through MMA training. John is a pilot and a certified scuba diver. Finally, and although it goes against his grizzled trial lawyer persona, John and his wife have excelled at ballroom dance both socially and competitively for the past 20 years.

John believes in giving back to our communities and is particularly dedicated to children, the elderly, veterans, and the homeless.

Thank you for contacting us. We will get back to you shortly.

Please complete all required fields below.

We acknowledge and respect the value we bring to the clients, friends, and families in the Pasadena community. Our unwavering commitment to the needs of the people we advocate for in our community drives our culture of excellence and makes what we do worth it.